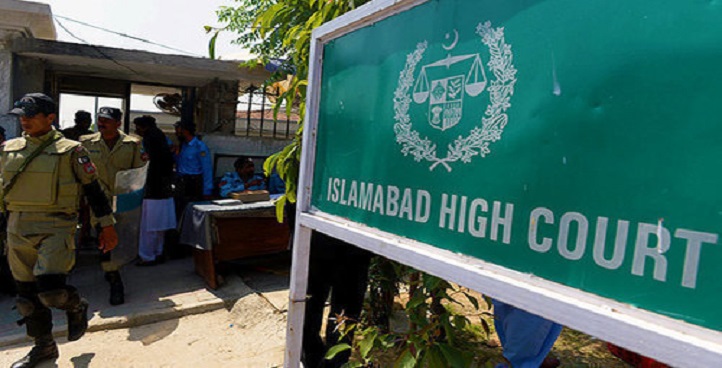 Islamabad High Court (IHC) Chief Justice Athar Minallah has introduced “Justice Reform Project” (JRP) for the capital courts, seeking to restore the confidence of people in the judiciary as an independent, empathetic and efficient arbiter of law.

According to the executive summary, the IHC administers all the courts in Islamabad under the mandate of Article 203 of the Constitution.

The summary said that the IHC was initiating the JRP that sought to restore the confidence of people in the delivery of justice.

“The objective is to reaffirm public faith in the judiciary as an independent, empathetic and efficient arbiter of the law capable of dispensing justice to ordinary underprivileged citizens in a timely fashion and upholding their right to equality, dignity, liberty and equal protection under law.

“The primary focus of the Project will be on the Islamabad High Court and Islamabad District Courts (collectively referred to as the “Islamabad Justice Delivery System”), and it will engage all stakeholders who have a direct or ancillary role in the manner in which justice is delivered through the court system.”

The project will kick off with a 10-week targeted and structured diagnostic study that will provide a charter of reforms and transformation roadmap. It will be launched into a main phase – a five-year transformation journey of the Islamabad Justice Delivery System.

The project will have a three-tiered governance and project management model with a steering committee for leadership and decision-making, an IHC-housed Project Management and Implementation Unit (PMIU), and a project delivery team to ensure the provision of requisite leadership guidance and expert project management during the diagnostic phase.

The project delivery team will include subject matter experts and would drive output ensuring quality and timeliness.

“It is expected that once the reform areas and required interventions (along with their interlinkages) become apparent, this governance and project management model will also evolve and expand to cater to the needs of the larger transformation project.”

Approximately, Rs310 million had been approved by the Departmental Developmental Working Party for the project on June 6.

The total pending cases at the IHC stand at 17,000. However, in the district courts, this figure is three times with 50,000 pending cases.

A critical aspect of the transformation is to take a larger view of the institution under assessment. Hence, a key area of potential reform is the organisational redesign.

This will entail the assessment and review of the existing organisational structure of the IHC followed by Islamabad district courts to identify areas requiring restructuring based on best practices.

"The pendency of cases in courts has increased substantially over time. In order to improve the performance of the courts, special measures have to be taken in the short-to-medium term for case backlog reduction.

"For instance, the court may require additional resources for a certain period of time to be able to effectively reduce the backlog that has accumulated over time. The mechanism and the resources allocated will have to be optimized to ensure that the backlog can be effectively reduced at an accelerated pace, while at the same time ensuring the quality of the decisions reached. Such special measures have been successfully implemented in certain countries."