The Open Government Partnership (OGP) is a multilateral initiative for securing concrete commitments from governments to promote transparency, fight against corruption and strengthen governance through new technologies. The OGP introduces a domestic policy mechanism through which government and civil society establish an ongoing dialogue on the design, implementation and monitoring of the commitments. Brazil, Indonesia, Mexico, Norway, Philippines, South Africa, United Kingdom and United States are the founding members of the OGP. Current membership of OGP stands at 70 countries.

Government of Pakistan is committed to the principles of open government, accountability and transparency. After meeting the OGP’s membership eligibility criteria (achieved 15 of the 16 criteria) which cover areas such as budgetary transparency, access to information, asset disclosure and a law being in place for asset disclosure by public officials, the Government of Pakistan initiated the joining process of OGP with the approval of Cabinet and the Finance Minister handed over Pakistan’s Letter of Intent to join OGP to the French President Francois Hollande during the fourth biennial OGP Global Summit held in Paris 7-9 December 2016.

The Government of France was the host and co-chair of that Summit. Government of France had formally invited the Finance Minister, Senator Mohammad Ishaq Dar to attend the Summit. Finance Minister and Secretary EAD had participated in the aforementioned Global Summit, which sent positive signals to our development partners and also improved the global image of Pakistan. The Summit was an important follow on to the OGP Asia Pacific Summit 2014, in which Pakistan participated with the Minister for Planning, Development and Reforms, as the head of delegation.

The next requirement of OGP is to develop a National Action Plan by June 2017. It will be the product of a co-creation process in which government, international organizations, civil society and private sector to define ambitious commitments to foster transparency, accountability and public participation. EAD in order to formulate the National Action Plan, has so far conducted four consultative meetings/events with federal Ministries, Provincial Focal Persons, Civil Society, Development Partners and Private Sectors. EAD has conducted provincial level consultations on NAP in each provincial headquarter with the support of Planning & Development Departments of Punjab, Sindh, Khyber Pakhtunkhwa and Balochistan during the month of May, 2017. In addition to these consultations, the civil society including OSF, Accountability Lab and Center for Governance & National Accountability have conducted their consultations in the country.

Notification of an Interim Multi-Stakeholder Forum on OGP  (28th September, 2017) 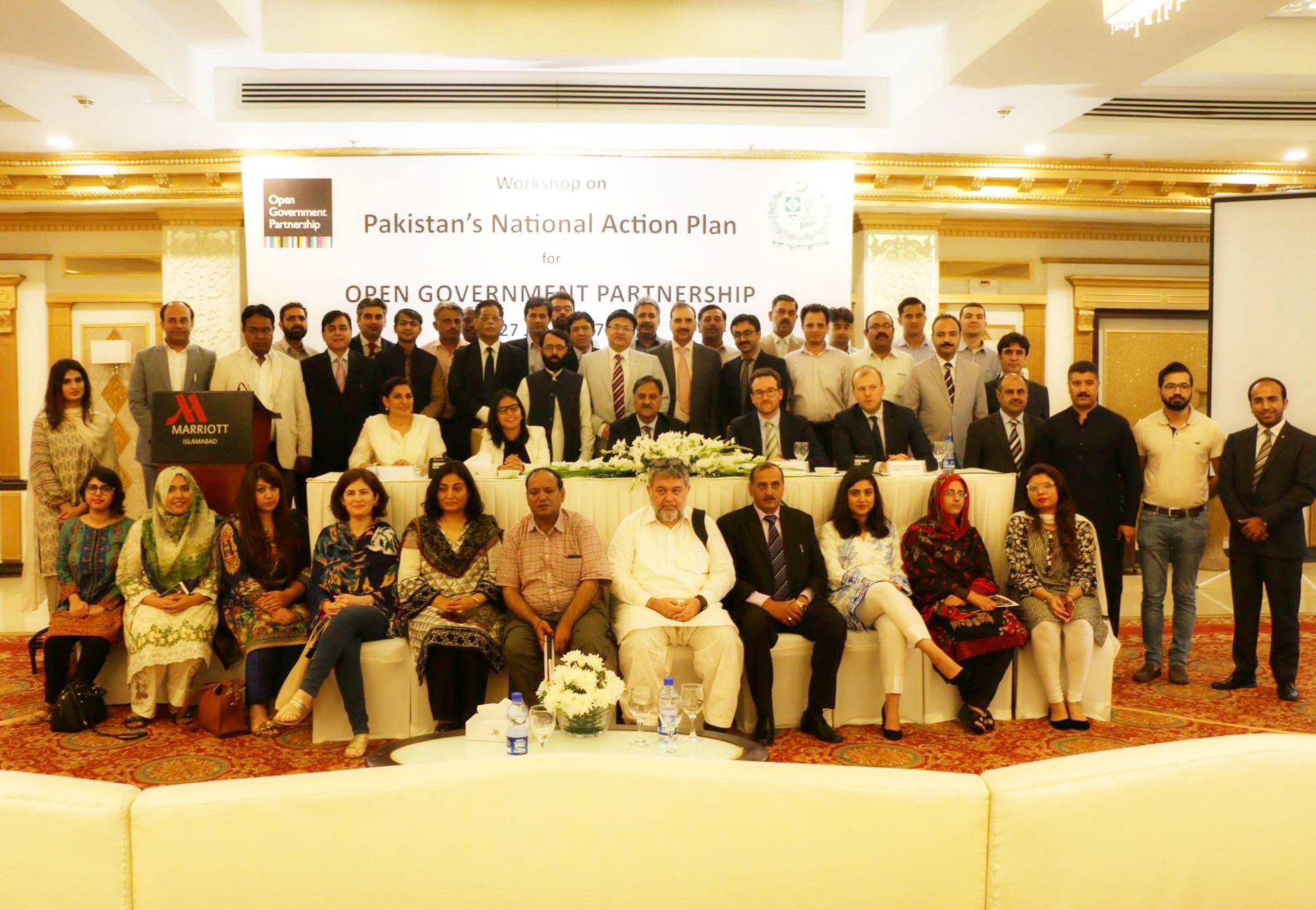