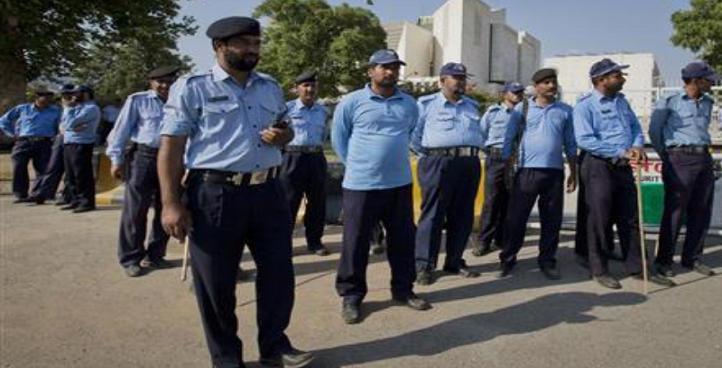 ISLAMABAD: A psychological profiling of officials of the capital police has been started to evaluate their religious and sectarian inclinations and possible violent tendency.

So far, 60 officials have been found not fit for sensitive and important duties such as guarding VIPs and important installations.

The profiling is being carried out after a decade as a violent tendency was observed among some officials and officers. Besides, a few foreign missions had also raised concerns over the inclinations and violent attitude of officials.

Earlier, an assistant commissioner, who conducted a judicial inquiry into the murder of a youth in the capital by the Crisis Response Team of the Anti-Terrorism Squad had recommended conducting tests on police officials to identity those who had violent tendency, the officers said. However, the recommendation was not taken seriously by the police.

So far, 767 officials - 667 from the Security Division and 100 from the Operations Division - have appeared in these tests and the psychologists have prepared interim reports about 600 officials and declared 60 of them not fit for sensitive and important duties, including guard duties with VVIPs and at important installations.

Besides, the interim reports about a few dozen other officials were not positive for such duties, the officers said. Their final reports are awaited.

The 60 officials are performing important duties and would be given less important assignments.

A picture is given to the officials during the test in which they are asked 30 questions related to it. The officials give answers through which the psychologists evaluate them. Later, they appear in an interview conducted by the four-member panel.

The first priority was to complete the profiling of officials deployed on security division, said the officers, adding the profiling of those in the operations division was also in progress.

Later, the psychology profiling of the personnel of Special Branch, headquarters and traffic police would also be conducted.

When contacted, Director Media and Senior Superintendent of Police (operations) Dr Syed Mustafa Tanweer said a committee had been constituted to conduct the tests and evaluate the personality of officials as they performed important and sensitive duties. In this regard, police have hired two female psychologists, he added.

The committee is evaluating their mental and physical fitness and giving recommendations either they are fit for such important and sensitive duties or not, he added.

Majority of the officials are mentally and physical fit, Dr Tanweer said, adding in some cases their attitude can change because of some family problems like deaths, illness etc.

In 2011, the capital police had evaluated the personality of its personnel, including their inclinations, after the assassination of the then Punjab governor Salman Taseer by one of his police guards in Islamabad.